The Dirty guide to Wine 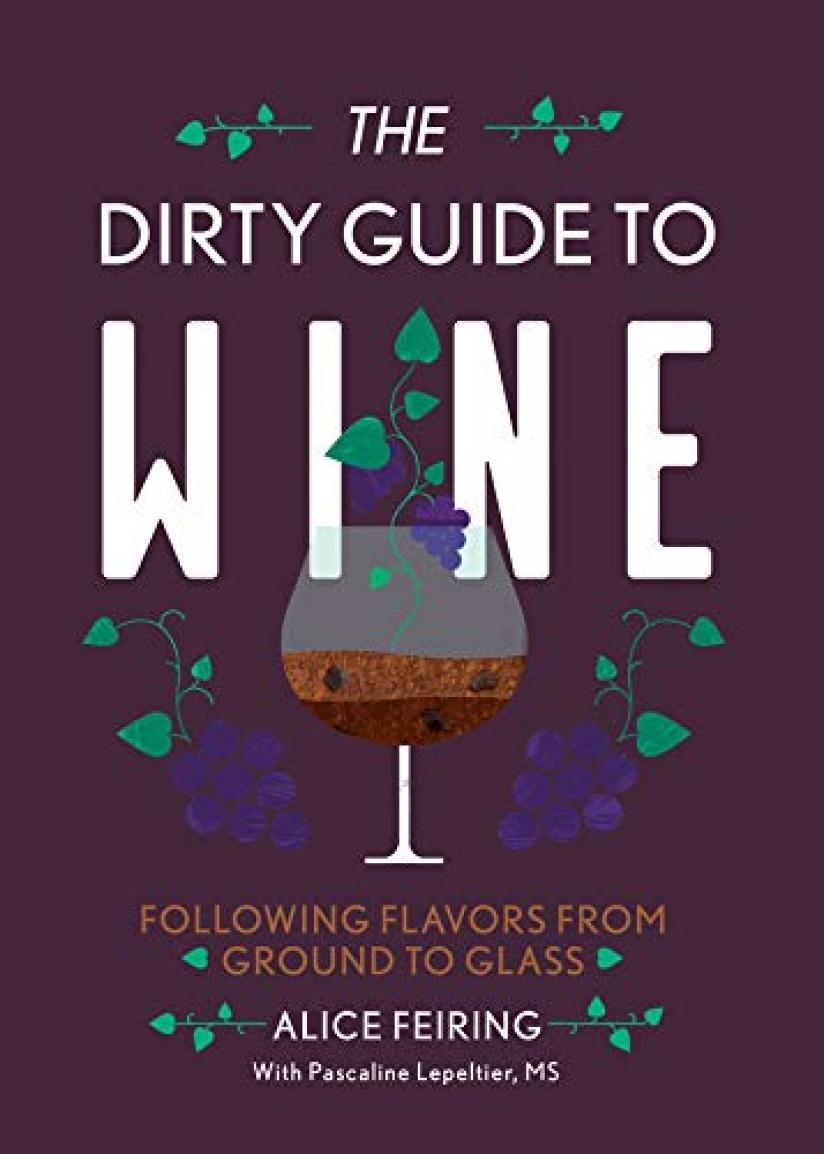 Following flavors from ground to glass

Alice Feiring and Pascaline Lepeltier, the two co-authors met around their common passion for "natural" wines.

The first is an American journalist and author who was a longtime columnist on wine and travel for Time magazine. She also worked on several other titles in the American press, such as The New York Times or The San Francisco Chronicle. Her first book, published in 2008, "The Battle for Wine and Love: Or How I Saved the World from Parkerization" propelled her to the front of the stage and exposed her to many critics for attacking Robert Parker and the "standardized" wines. In the meantime, she has published several books on wine in English and French. She runs a blog, The Feiring Line, very followed, by the English speaking public lovers of "natural" wines. She is considered the American popess of "natural" wine.

Pascaline Lepeltier, is a French sommelier - best worker of France and best sommelier of France in 2018 - part exiled in the United States, in New York. Young woman very active in the world of wine, she helped to make known her region of origin the Loire Valley and her favorite grape variety, Chenin, in the United States. She is partnered at the restaurant Racines of New York for which she elaborates the wine list, one of the most impressive of the city by the number and the quality of referenced wines. In addition, she participates in the training of young American sommeliers and as a juror in sommellerie competitions in different countries.

This book is not a book of geology or viticultural geography, it starts from the original idea of ​​establishing a guide, not based on a distinction by country or wine regions, but on the different types of soil. In the same chapter devoted to granite are presented: the Northern Rhone Valley, Muscadet, Beaujolais and Rias Baixas. In the preface, Pascaline Lepeltier returns to the genesis of the idea of ​​the book by noting that the training she had followed as a sommelier did not give her the tools to understand the wines that would bring her some emotion. If one can not explain scientifically how the soil type influences the wine, it remains nonetheless that this link is indeed perceptible and real. This book is "an invitation to taste the wine world through new landscapes and new perspectives; An invitation to connect places and bottles, through the search glass of the soils derived from their underlying bedrock. But also to escape, as Alice Feiring points out, of the "dictatorship" of the grape variety detached from its place of origin: "If you limit yourself to drinking only by grape you lose out little box you've chosen for yourself. "

Before embarking on a "geological" world tour, the book offers a short definition of soil, bedrock and the different characteristics of the types of rock discussed. In this kind of introduction to the book, the authors insist on the importance of agroecological methods and minimalist vinifications to transmit the expression of the soil in the finished wine. They then offer, not without humor, a tasting methodology, elaborated in 9 steps and 8 criteria to explore. In each chapter devoted to a specific rock, the book highlights some wine regions, presents at least the work of a producer and gives a list of areas that they consider essential. Alice Feiring and Pascaline Lepeltier clearly claim that the book is built on purely subjective choices of their favorite places and want to return to the center of the tasting, not the technique but, the emotion of a wine that shake us, without necessarily being able to explain why.
A must-read book !