Grape Voyages : Syrah, In All Its Diversity

59 pages
Read an extract
Share
Extract from the review

When the founders created LeRouge&leBlanc in the fall of 1983, did they ever dream that, 36 years later, their little baby would grow into a strapping young adult? Its success is no fluke: what justified the creation of LeRouge&leBlanc in 1983 – the defense of local wines threatened by unworthy practices – is more important than ever.

Because those threats have multiplied.

Our love of “rooted” wine and our rage against practices that cut it off from its origins and the character of its terroir remain the same today as they were in 1983, even if no member of the magazine’s original team is still on the masthead.

The threat to authentic local wines has never been stronger. The industrialization of wine is ever increasing, justified by so-called rationality, often masked by illegitimate claims of “organic”. This is occurring, unfortunately, with the complicity of the bodies responsible for defending terroir wines, such as the INAO, which impose regulations solely to serve their commercial ambitions. Theirs is a system that sees wine as “product”, be it mass or luxury, the opposite of a wine with a unique “identity”, rooted in a soil and a tradition.

Faced with these threats, our magazine’s small but plaintive voice is more necessary than ever. We rely neither on advertising or a “guru”. Just our little collective of independent tasters. By being a magazine by and for amateurs, in the French sense of the term, without trying to define a “taste” or impose any ideology, we hope to find ways to help our readers navigate a world of wine where pretence has never been so pervasive or perverse.

Fortunately, there is a movement of winemakers that refuses to play this game. Its approach is at the centre of the values   defended by LeRouge&leBlanc. These winemakers are more and more numerous. They’re often less known than the more media-savvy players, and generally younger. They want to avoid any filter between their terroir and the wines they produce and, as François Morel (former editor of the R&B) says in his new book Le vin au naturel (which we review on page xx) «to distance themselves from methods that increase interventions and treatments at all stages of viticulture and winemaking and modify - denature - the subtle and complex biochemistry of the constituents of the wine by the use of increasingly sophisticated chemical inputs and products». Their approach would probably have qualified as “organic” in the early days of our magazine, but today goes much further than a simple administrative certification, driven by a desire to produce wines that are “natural” and “alive”.

For over 35 years, LeRouge&leBlanc has always had the same rigor in their work, the same anger at the excesses of industrial production and the same emotions in the face of a wine whose living energy makes all our senses vibrate. Nothing has changed and yet everything has changed. In 2004, we had considerably enriched the content of the magazine (from 24 pages to 48 pages on average), introduced photos and new technical sections. This allowed us to significantly expand our audience. In 2019, we’re finally truly joining the digital world, by launching, at the end of June, a new website www. lerougeetleblanc.com. The new site is nothing like our old one and provides many services (see pages 34 and 35 in this issue). Our goal is a desire to gain new audiences, including younger and English-speaking readers. This development will give us the means to offer you an ever more complete and detailed review, without ever renouncing the values  erected by the founders of LeRouge&leBlanc, in these pages, all those 36 years ago. 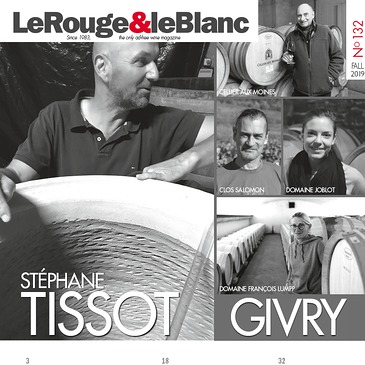 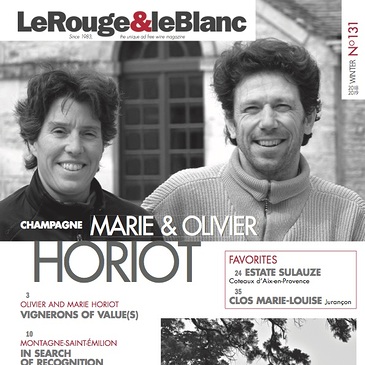 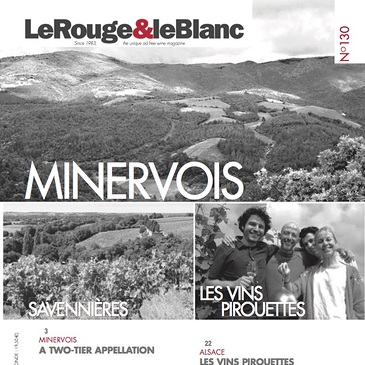 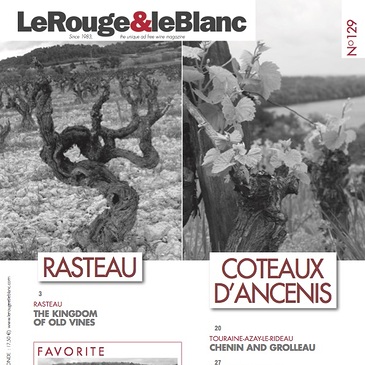 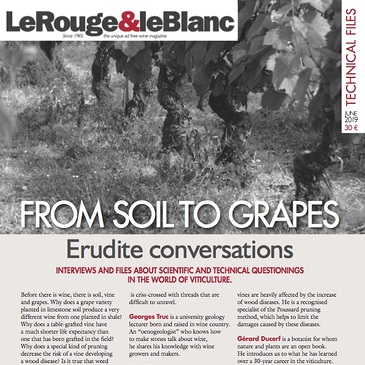